A common problem on the Reatta Climate Control System is air blowing out through the defroster vents no matter what mode of operation you select. It is most noticeable when air comes out the defrost vent when the AC is turned on.

The most common cause of this problem is because the A/C and Heater programmer, located under the dash just to the left of the glovebox, has lost it's vacuum supply. That could be caused by the vacuum line becoming disconnected or because there is a break in the vacuum lines in the engine compartment. The line going to the programmer often gets disconnected inadvertently when work on other components under the dash is performed.

The A/C programmer (black box in dash behind glovebox) on all four years of Reatta. The programmer is the device that actually controls air distribution  via both vacuum dampers and a motorized blend door.  It also controls the rear defrost timeout via relay. The only difference between 88/89 and 90/91 is that the user interface is via the CRT on early cars and by the HVAC control panel in 90/91. The rest of the system is essentially the same. There is also a blower control module in the air box, same on all four years. This only regulates  the voltage to the blower  to control the speed.

Aside from some plastic semi-rigid vacuum tubing in the engine bay near the fire wall, most is black rubber and by this age will be shot on most cars unless they are pampered garage queens. I have had rubber vacuum hose so rotted it sucked flat under the vacuum pressure, leaving me with HVAC and cruise control failures. I'd say as standard practice all rubber vacuum hose in the engine bay should be replaced now on any Reatta that hasn't already been done. It is cheap enough that there is no reason to avoid doing so short of being lazy, and Will save many future headaches.

Below are photos showing the primary places to look for vacuum line failure in the engine compartment. 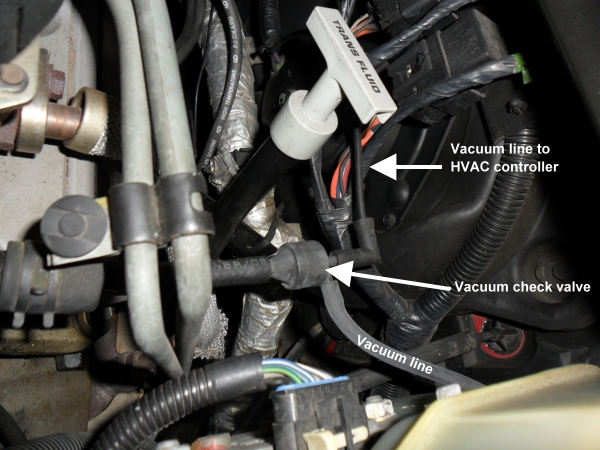 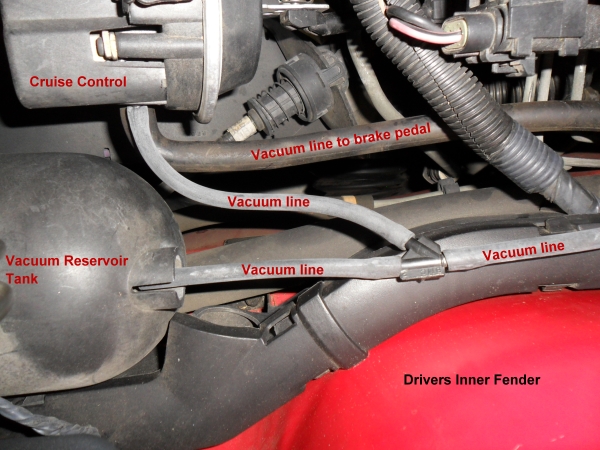 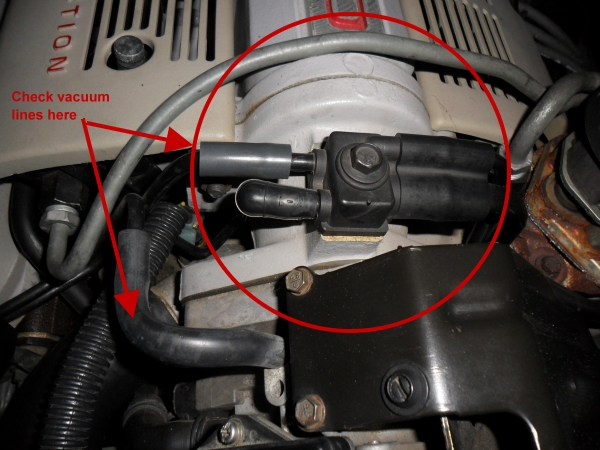 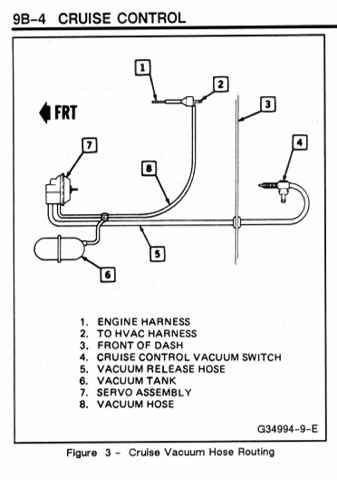 Thanks to members of the AACA Reatta forum for this information.