When I did the re-assembly I started at the lowest point and worked my way to the top. This dis-assembly procedure I have written here is the reverse of my assembly procedure. Many of the bolts are 7MM and 10MM. I used magnetic nut driver adapters with my socket set. They proved to be very beneficial during the process because the magnets captured the bolts / screws. Probably the hardest part of the re-assembly process was positioning the metal and plastic AC module covers to get the screws in. I recommend installing the bottom 10MM bolts first

1) Discharge the AC system. (I had mine evacuated at the service shop before starting this job)

6) Unplug the connectors on the harness that goes across the firewall and swing the harness out of the way. This harness has the AC pressure switch plugs, the AC temp switch plug, (2) AC module plugs, blower fan plug and a vacuum connection at the end. (I hung it out the passenger side through the hood hinge after it was unhooked) 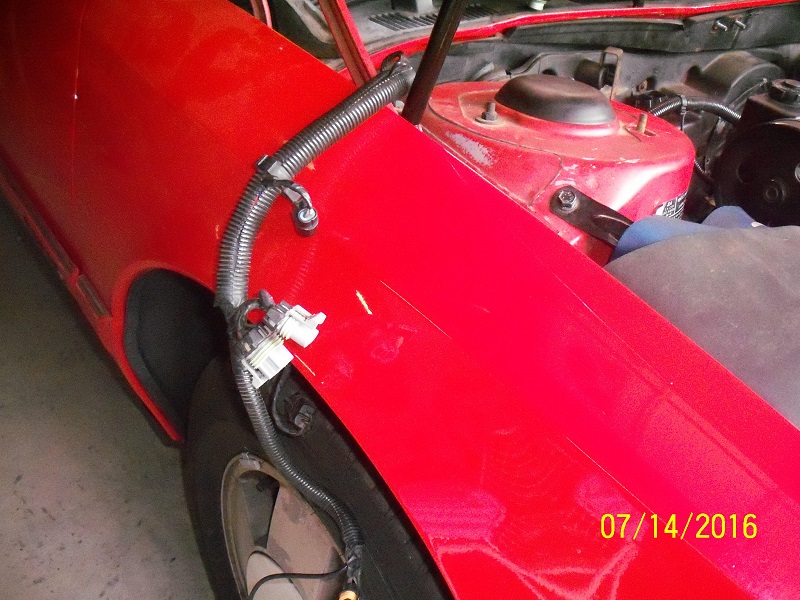 8) Remove the AC evaporator tube clamp (7MM), clamp bracket and relay bracket (two 10MM nuts). (The shop manual calls this a bulkhead connector) Unhook the two harness clamps where they are pushed through the relay bracket. Swing the relay bracket out of the way. (I positioned it towards the brake master cylinder) 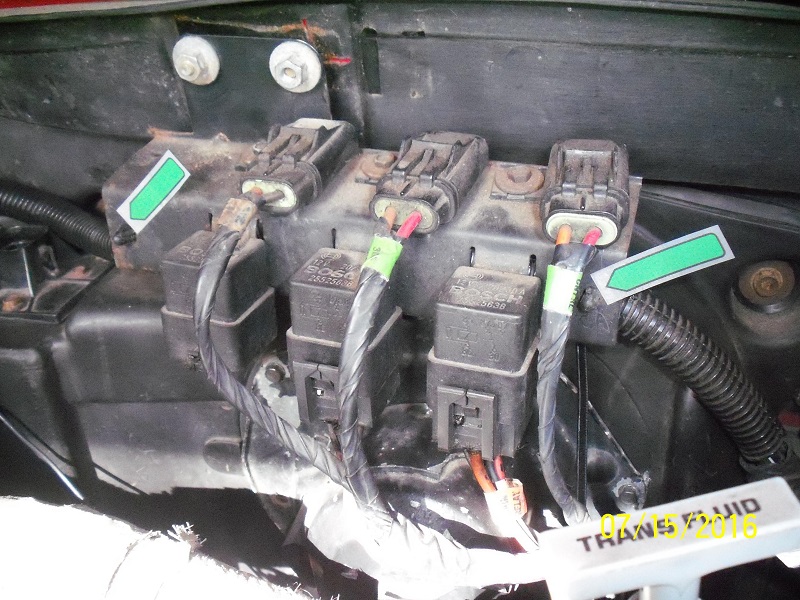 9) Unhook the main electrical harness clamps to allow movement of the harness as needed. (My clamps were long ago broken and my harness was held in place with a couple of tie wraps) 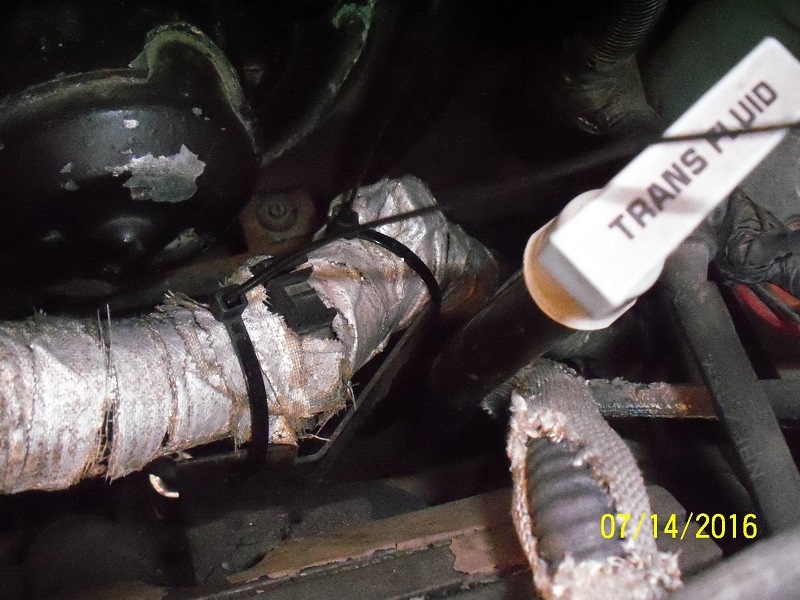 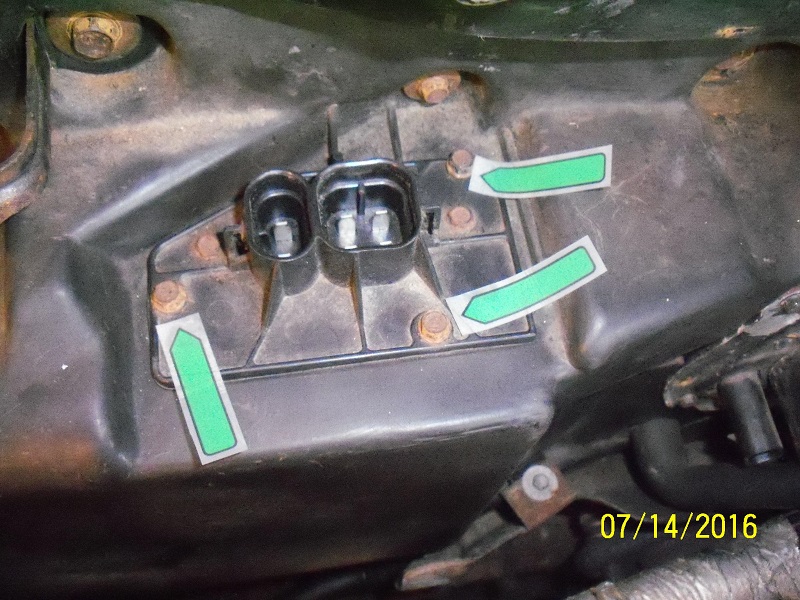 14) disconnect the heat shield (two 7MM screws) and move it out of the way. It doesn’t move very far but needs to be off the clips on the AC module. 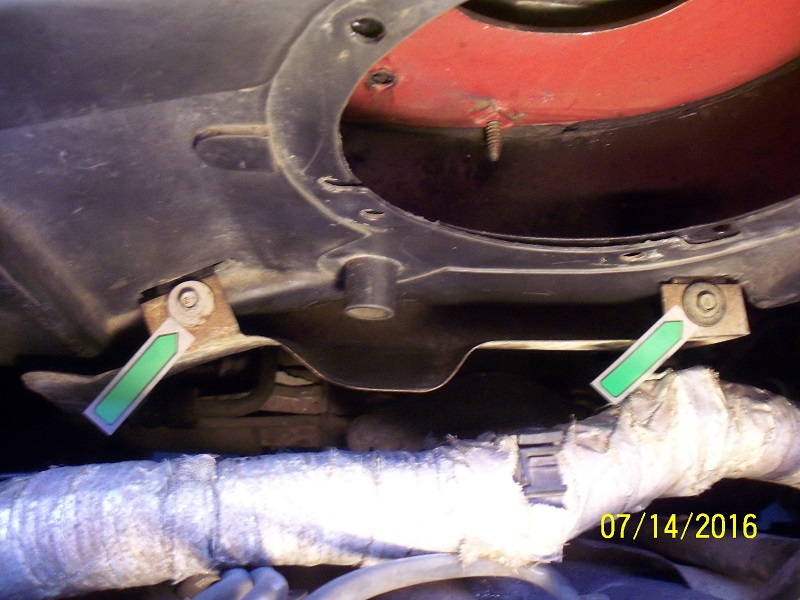 16) Remove the AC module plastic cover (five 7MM screws and six 10MM bolts) Note: the 10MM bolts had a rubber seal on them from original factory assembly. They were destroyed during dis-assembly. I bought flat rubber washers at the hardware store to put on the bolts during re-assembly. 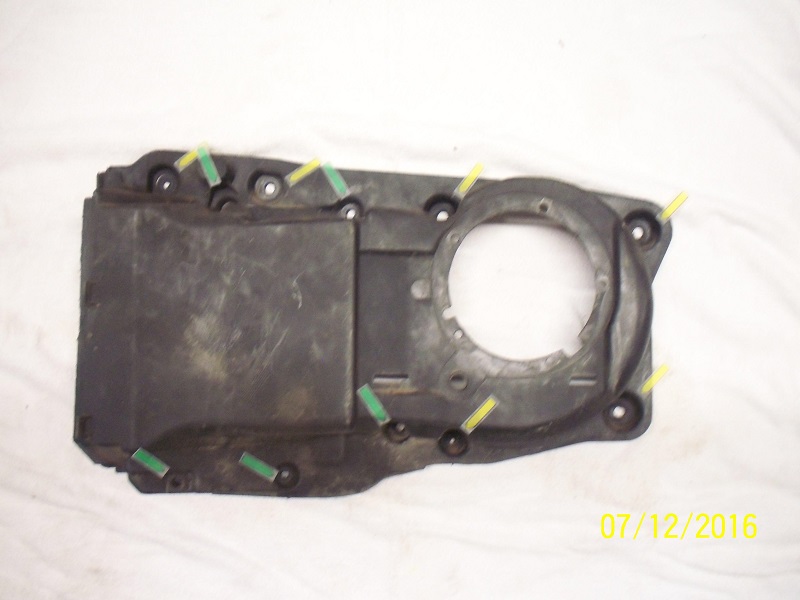 17) Remove the AC module steel cover (two 7MM bolts on the left end of the metal cover) you need to push the plastic end cover to the left to see the screws. Note: The cover will have to be pried away from the firewall. There is sealant from original factory assembly which is holding it to the firewall. I sparingly used non-hardening Permatex at re-assembly.

18) Remove the evaporator (there is a clamp on the top of the rear tube held in place with one 7MM screw) Note: The plastic end cover will have to be pushed to the left to get at the screw. 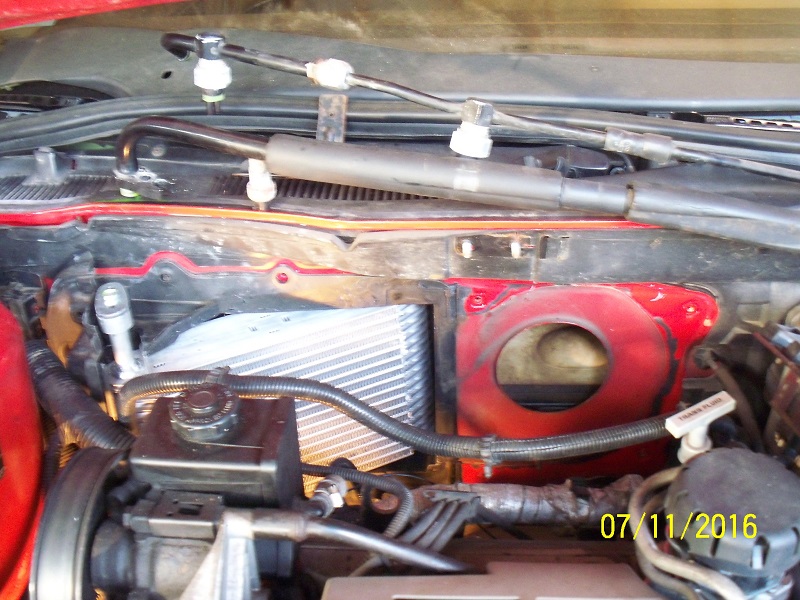 Thanks to fordrodsteven, member of the ROJ Reatta forum, for this information and the photos.