The following test is intended to help determine if the HVAC Programmer is sending a variable output voltage to the blower control module to control the speed of the blower motor as it should.

This test basically takes the readings I got from the programmer in my car to give you a baseline to gauge if your programmer is working properly. There may be some tests in the service manual that are appropriate for testing the progammer but I'm not aware of any.

Put your voltmeter in a position so you can read it from the seat of the car while you operate the climate controls, 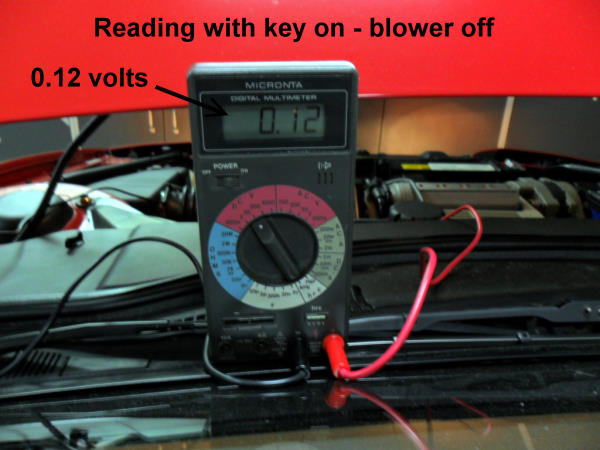 Set your voltmeter to measure 12 volts DC. You will need a small probe for your meter to connect it to the blower module connector as shown in the photo below. I used a paper clip wrapped around the positive lead of my meter. There are small probe adapters made for that purpose. Use them if you have them. 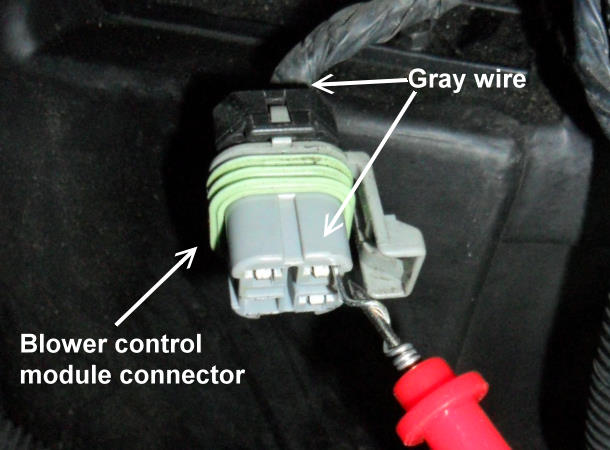 Sit in the car and turn the ignition key to the run position. Don't start the engine. My meter showed 0.12 volts with the key in the run position. Your meter might vary from this reading some but I don't think it should vary a lot.

Wait for the brake pump to stop running and then set the climate controls to ECON mode and LOW fan speed. My meter gradually climbed to 8.01 volts and remained there with the fan speed set to LOW. That voltage reading varied slightly when repeating the test. 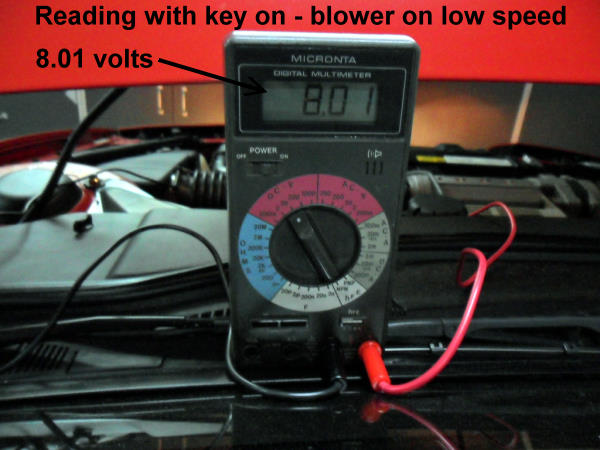 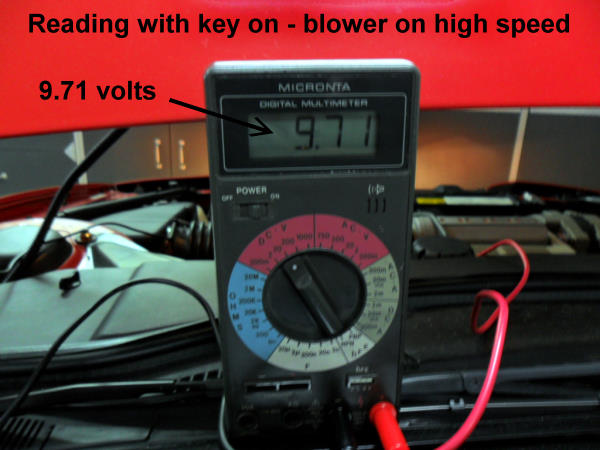